Site preparation and construction at the Eskom site

The latest Operational Update for Bushveld Energy featured three brief bullet points on the progress of the Eskom vanadium redox flow battery (VRFB) project, including “commenced site preparation work at the Eskom site, including earthworks and cabling.” Lost in that milestone, is the large amount of pre-work. Eskom, similar to most utilities and large industrial companies, has extensive safety requirements and authorisation protocols that must be met before any contractor is allowed to perform any work at their sites. In our case, we had to produce a very detailed and very specific safety file whose breadth and length rivalled some of Leo Tolstoy’s best work. As this is our first project at an Eskom site, the submission featured multiple revisions before Eskom accepted and permitted Bushveld Energy and its contractors to work on-site.

The work itself consisted of civils ground excavation and cable laying; however, all of that implementation was preceded by multiple designs and site planning calls and meetings. The location of VRFB, battery access, inverter, transformer, grounding, fencing, other systems, etc. all factor into the decision of where to lay cable and how much of it to use. Every meter adds a cost, as well. Bushveld Energy is quite privileged to have a team that has extensive experience in electrical installation and in working with Eskom. As a result, while our company is young and this is our first project, the true expertise of the actually personnel far exceeds that. To date, it has served us well in working with Eskom, although new companies coming in on their own are likely to encounter greater uncertainty. 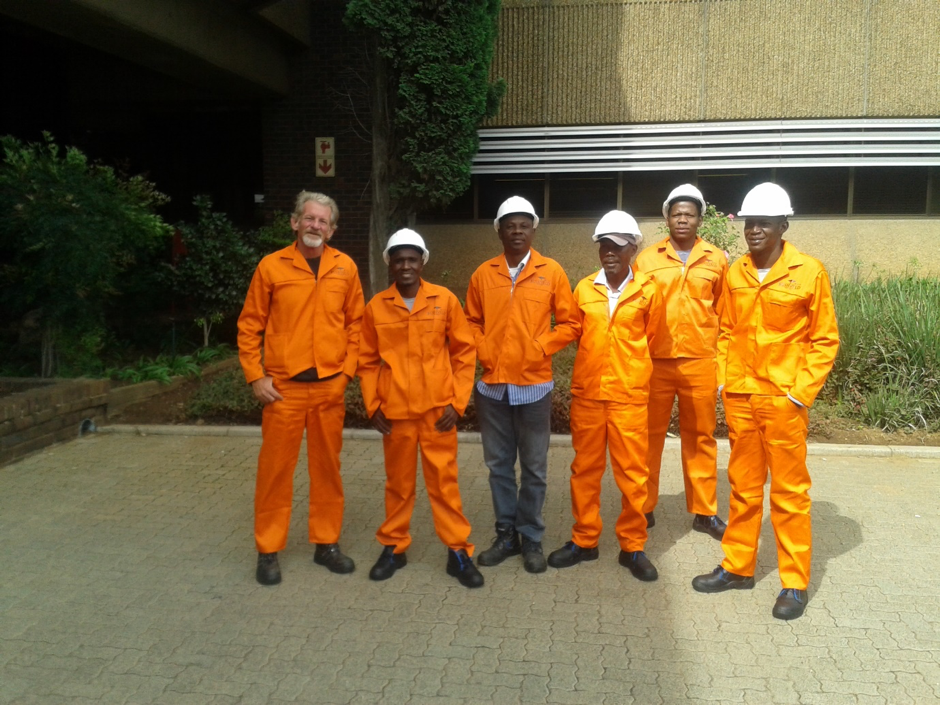 Finding the right people and training them is also important. Pat, our project manager for this project, has been working with Bushveld Energy for three years and in the energy sector in South Africa for nearly three decades; however, he had no experience with UniEnergy Technology’s VRFB. The same was true of our technician Charles, who despite working on electrical systems in South Africa for twenty years, had never even seen a VRFB. The solution was a three-week training on the VRFB at UET’s headquarters in Mukilteo, just north of Seattle in the state of Washington, USA. The training covered installation, operation, maintenance and diagnostics. While a flow battery is inherently a very simple machine and UET has done an excellent job of designing in “ease of maintenance,” it still has its unique elements, such as safely handling the vanadium electrolyte. The benefits of the local training were significant, as our team was able to engage directly with engineers at UET and build a literal “inside out” understanding of the VRFB that will be essential when we install it this year. 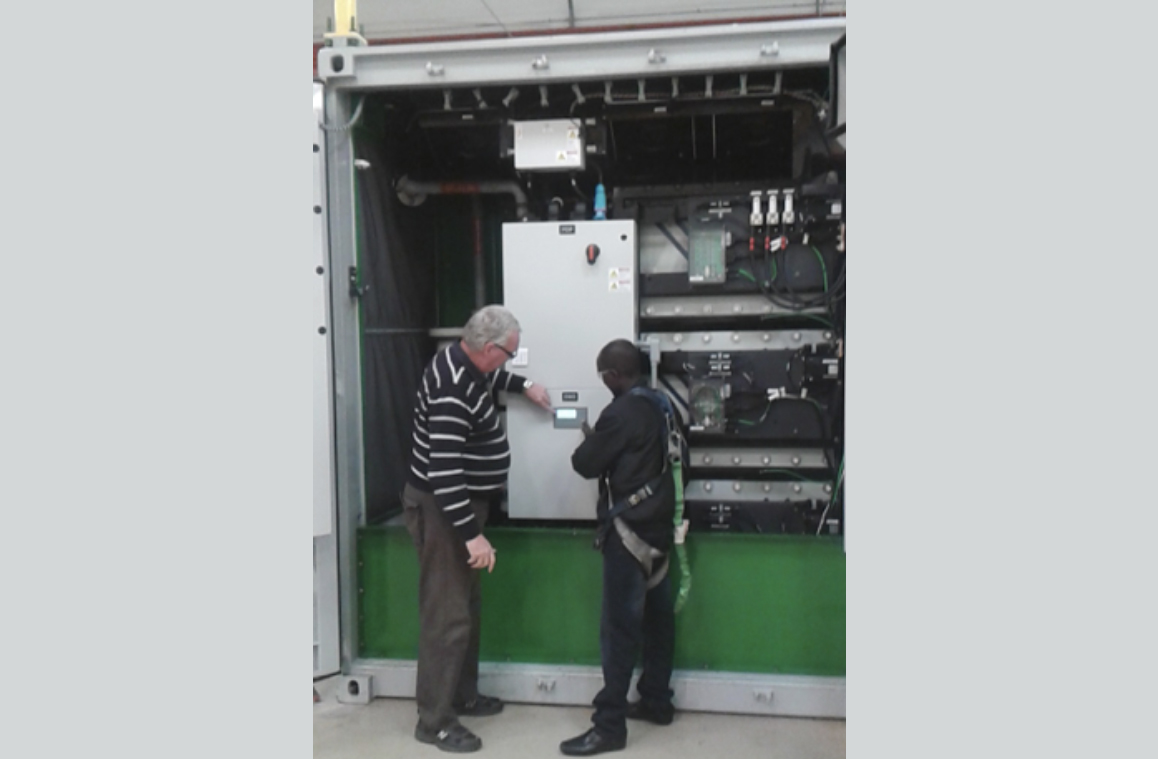 However, even getting our team to UET was a challenge. One of our technicians had his visa to the USA declined. Charles had no issues with his application but the trip to the USA was not only his first time to America, it marked his first time on a plane – ever! One of his colleagues decided to scare him by insisting that he should pray during the whole flight to ensure that he “ends up either in America or in Heaven.” Luckily another friend was more rational and explained with facts how air travel is by far the safest form of transportation.

The team at UET noted to me that they were impressed by our technical people. I see that as just an example of the kind of underappreciated capabilities we have in South Africa. Personally, I was impressed with Charles fortitude and open-mindedness in taking a risk, overcoming a fear of the unknown and turning that into an opportunity. In a way, that mirrors what Eskom is trying to do in adopting a new technology, such as energy storage. It requires fortitude and open-mindedness. It requires a willingness to take on risk. In the end, it will reward Eskom and South Africa with a more efficient power system and new skills as our electric power sector continues its transition toward deploying 21st century technology.